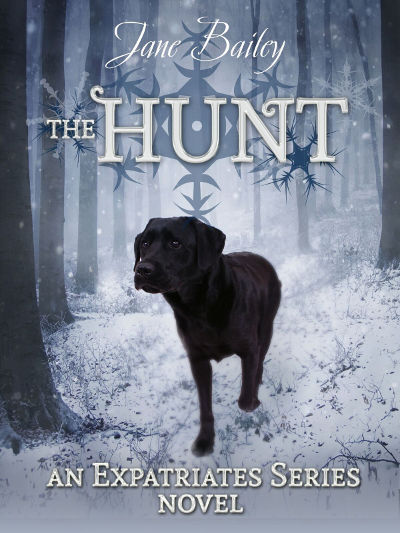 He doesn’t have a name. He doesn’t have a past. All he knows is what he is – a hound of faerie, a traitor, and a runaway. But when someone he loves is taken from him, he’ll have to face the world he left behind: the magical land of Aelfheim. Are his detective skills enough to rescue Shiori? Or will his previous mistress reclaim his heart?

Read an excerpt for free below:

The city looked deceptively pristine from above. Every building was an identical shade of white; everything was clean, fresh and devoid of character, personality, or life. That was a damn lie. The city had plenty of personality. You simply had to know where to look.

The personality of a city lies in the little things it loses in the cracks: the dropped change rolling into the gutter, the lost people huddling in doorsteps trying to keep warm as winter rapidly approached, the lost chances to improve itself cancelled due to budget cuts and bureaucracy drawbacks. Lost sporting events, lost rivalries, lost history, lost future. It was a delicate balance, of course. A city with too much past had no room for a future; a city with nothing but a future had no self.

I took a long drag of my cigarette: at eight quid a pack, I was going to savor each and every gasp of stale, nicotine-laced air I could manage. With a long sigh, I blew smoke all over the Illuminated City. Shiori was out there somewhere, waiting for me. Counting on me. If I did nothing else, I'd find her and bring her home. I wouldn't fail her. Not again.

I had first met Shiori some years prior, in London. It was during one of those uncomfortably frequent downpours that drenched the city and flooded the gutters. The best thing to do in times like those was to hunker down someplace moderately dry and watch the high-fashion lunching ladies complain that their five-hundred pound shoes were now worth about as much as a fifty-pence bath toy. They mourned their little tragedies loudly and bitterly, made hell for some waitress as petty vengeance, then went home to their footballer or politician husbands and demanded replacements. The miserable harpies never had to lift a dainty, manicured finger. No wonder they turned their noses up at fools like me.

Shiori wasn't like that, though. She was my kind of people: wet, hungry, huddled in the gutter, but still too much self-respect to ask for a handout. Her shoes were worth nothing; she wore none, walking through the waterlogged streets barefooted. I had to admire her for that. Even I wore trainers, ever since that time I stepped on a needle in a back alley and lost the guy I'd been tailing for a week. This kid was either brave or stupid, probably both. Normally after a quick once-over I'd have ignored her: plenty of brave, stupid kids anywhere you cared to look, what was one more? But in this case, something about the shy, downcast look in her too-blue eyes coupled with the wicked shiner she didn't bother hiding with makeup told me there was money to be had, or at least personal satisfaction. Hoping for a rich daddy who'd love to see the boyfriend brought to justice -- or a rich boyfriend who'd love to see Daddy Dearest brought in, whichever -- I sidled up to her, offering her my umbrella to replace the bit of cardboard she'd been using unsuccessfully to keep the rain off her pretty face.

"Hungry?" I grunted. It was the oldest trick in the book: offer a little bait and you'd be surprised how greedily the fish went for the hook. The kid, however, shook her head, her dark locks clinging to her cheeks as she did, briefly giving me a better look at her face. She was fairly pale-skinned, with barely a hint of color to her, but her eyes were shaped more like almonds than ovals; mixed heritage, I figured. Looked to be about thirteen, fourteen, though I freely admitted to myself that that was a blind guess. She didn't seem pre-pubescent, but definitely not a lot to show in the curves department. And she could definitely use a hamburger.

"C'mon," I offered again, doing my best to sound like a friendly stranger rather than some pedophile freak trying to abduct her. "There's a pasty shop across the street, they'll let us sit for a while out of the rain." They would once I shelled out for a couple of pasties anyway, so it wasn't really a lie. Still, the girl shook her head, looking at her unpainted toenails as though they held the secret to warmth and dryness emblazoned upon them. This would be a tough nut to crack, but I wasn't going anywhere anytime soon. I'd finished a job that morning, and didn't feel up to throwing weight around to get my money out of the ingrate that hired me just yet. I tugged the sleeves of my trenchcoat a little, trying to act nonchalant.

"Shame, that. It's two for one. I hate to waste a good pasty." Without looking at the girl, I stood, giving a stretch that shifted the umbrella off her head, reminding her of the dampness of the day and the coldness of the wind. The shop looked cozy and inviting, with padded chairs and the delicious smell of meats slow-cooked in gravy drifting across the busy street. The warm, yellow lights stood out against the midday greyness of London, filled with grey coats under grey sky as grey boots tromped across grey cobblestones. I knew she wouldn't be able to resist, so I meandered towards the corner, unhurriedly. Any moment now, I figured, she'd chase after me, reconsidering the offer.

Ten minutes later, I plunked back down onto the curb with a sigh, handing over a cheese and onion pasty. "Here," I grunted, none too happy about having to leave the warm shop for the cold rain again. What was wrong with this girl? Even if she wasn't hungry, the prospect of getting out of the rain should have enticed her. I must have frightened her, I decided. I wasn't exactly a small man, and my best attempts at sounding friendly must have come across as gruff or frightening or in some way menacing. Handing her food, going out of my way to bring it to her, ought to do a lot to reinforce the idea that I meant no harm. I kept my eyes to myself, not challenging her by staring, and pretended my attention was consumed by my own snack. Sure enough, after a few moments, the girl began to nibble at the pasty.

"It's veggie," I commented, again trying to sound disinterested. "Didn't know if that's a problem or what. Me, I prefer beef, but you never know, some people are nuts that way." I kept my eyes on the parade of black taxicabs, noting out of the corner of my eye as the girl's nibbles became larger, more proper bites. She was hungry, then. I'd seen this behavior before: the attempts to refuse, the tiny nibbles, eventually the loss of control as the treat was wolfed down. Usually it was stray dogs I saw behaving that way. The girl had good instincts; dogs usually lasted a lot longer on the streets than teenage girls.

Of course, unlike a stray dog, she couldn't scent out what I was.

She finished the pasty. I didn't wait for her to run off, no longer trusting my original assessment that she'd ask for another. "Still hungry, kid?" I asked, careful to sound more curious than judgmental. "I'm John." It wasn't my name, but I'd borrowed it for the time being. It sounded normal, ordinary, friendly, casual. Human.

"Shi- Shiori." The girl's voice was high and squeaky, with a bit of a stutter that matched her firm insistence on lowering her eyes to the ground. The shiner probably wasn't a one-time thing, then, I reasoned. More's the pity. There won't be moral outrage to bank on. Seeing my dreams of an easy job float away, I resigned myself to at least finding her someplace dry to spend the night. There was a shelter on Clarke that'd probably take her, and like as not put her on the right path. Never know when you could use some karma banked up.

"Nice name," I commented, keeping my disappointment out of my voice. Wasn't her fault she wasn't a goldmine waiting to happen. "Still hungry, Shiori?" I was keeping a close peripheral eye on the kid, but I still barely caught her tiny head-shake. I ignored it. "'Course you are. Come on, let's get another. You got someplace to go, or you want to walk me to the tube?" Whitechapel, I figured, would be close enough that a quick detour to Clarke wouldn't delay me too much. I could get the overground there; I never liked descending into the dark, closed tunnels of the Tube proper. Visualizing the map of the city, overlaid with the variously-colored lines and circles marking stations and lines, I almost didn't notice the girl wasn't following me back to the shop.

"Oh come on. I'm not going to leave you here to get wet." Here I was, trying to do a good deed, and the girl seemed hell-bent on making it as difficult as possible. Taking a deep breath to push back the surge of anger so I wouldn't scare her off, I turned, giving her what I thought was a friendly smile until she flinched away from me. I stopped smiling.

"I d-don't have anywhere to g-go," she stammered, eyes firmly on the ground. I sighed a little.

"Good. Then there's no reason not to let me help you." I held out a hand to help her up. She had to be uncomfortable, squatting on the curb like that, wearing a skirt to boot. After a pause, she took the hand reluctantly, her grip timid. I closed my far larger hand around hers firmly, tugging her to her feet a bit more roughly than I had intended. "Alright?"

She nodded, keeping her gaze on the sidewalk as I turned to lead the way back across the street, girl in tow like a lost puppy I was bringing home. That, of course, was when I saw the agent that had been tracking me.

You can buy The Hunt now from Amazon.com or SmashWords