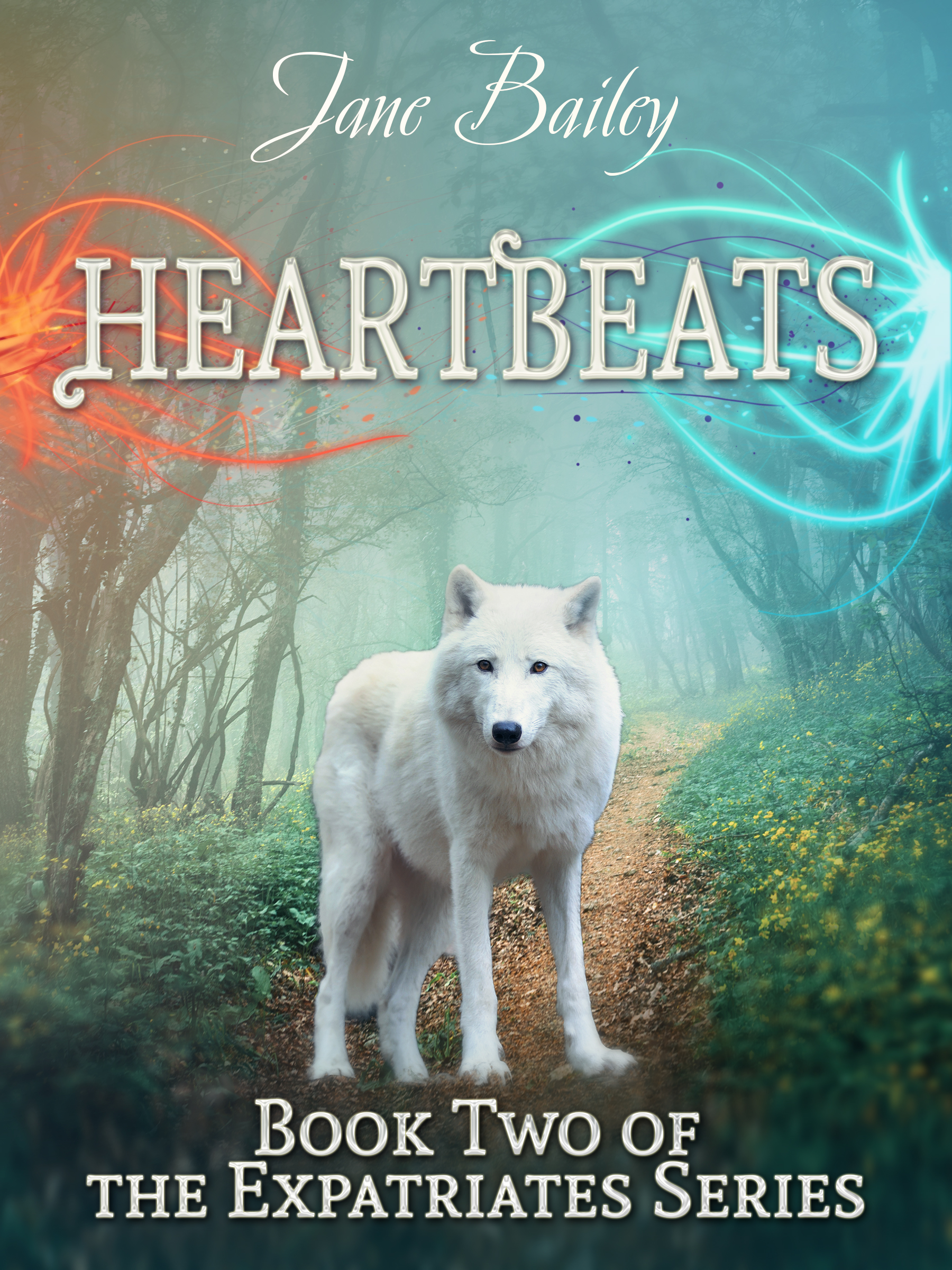 Marie liked the life she'd built for herself. Sure, she didn't have many friends, but she knew how to have fun, and that was the important thing. And hey, who cared if she was a bit jealous of her new friend Eileen and her stupid powers? Marie’s powers are just fine, thanks. Not everyone wanted werewolf relationship drama and private tutoring sessions anyway. She’d stick with human relationship drama and one-quid cocktails.

But there’s one thing she can’t lie to herself about: Blaire. She’d thought that was all dead and buried years ago, never to be awakened again. But can she ever truly be free of her first love?

Read a free excerpt below:

Have you ever been to Rome? Let me tell you, it is a total head trip. One minute you’re standing in a building that’s been around longer than you can even really wrap your head around, longer than anything that matters to you has even existed, and then the next minute you’re in some bullshit nightclub doing shots while a half a dozen frat boys egg you on. Where else, am I right?

While I was spending my summer break living it up, as you do, my bestie Eileen was apparently having an adventure. If I were inclined to be honest, I’d admit that I’m a little bit jealous of her. I mean, the girl spends her whole life without so much as a fae sighting or a Wiccan phase and then bam, all of the sudden, she’s got some power so rare and so freaky even I’ve never heard of it, and my mom was a witch for basically my whole life. The story she told me was almost like something out of a storybook, like we’d had two completely different adventures: I tried top-shelf tequila, and her boyfriend tried to turn her into a werewolf.

So I couldn’t resist the temptation to tweak her nose a little. When I told her I was a vampire, she was totally floored — and totally bought it. Now, I don’t tan the best, but my skin isn’t like, undead-pale, or even ginger-pale; no less than three boys told me that very trip that I must have some secret Italian blood in me, like their mothers, could they buy me another drink, yadda yadda. It’s not that I’m fantastically fit or anything, mind, but if you’re willing to do shots and make out with a total stranger, you can find guys anywhere.

Not that I drank much, in the scheme of things. I can hold my liquor pretty well for someone my size; it’s a survival skill I picked up as a teenager with a mischievous streak. I was after something entirely different: the heady thrill of new love. It’s one of my favorite vintages, all swirling sweetness mixed with an undercurrent of pure sex-drenaline. Next to the massive swell of thousands of people shouting as one, it’s the easiest high I can get.

Eileen never felt that way about her boy, Zachary or whatever. She had something similar, but it was cut with some cloying desperation, tacky on the roof of my mouth, and tinged with bitter fears and sour anxiety. It was a rich flavor, one I’d realized early on just wasn’t for me. But then, I was a party girl at heart, so what did I know? Maybe it would lead to something deeper, more valuable in the long run.

Or, I guess, he’d try to murder her and she’d have to be rescued by that saucy golden professor, Dr Williams. Whichever.

I grinned at Eileen, proving to her that while my teeth weren’t the straightest or the whitest, they were definitely not pointed like some kind of Dracula or something. I could taste the tangy embarrassment as she tried not to look, but I let it flow back out of me. I was still coming down off the high from the trip, and I’d rather savor that aftertaste as long as possible. I’d had myself a good fuck, and I’d let myself drink as deeply of my partner’s satisfaction as I had from his desire beforehand. Those were the best fucks, the ones I didn’t need to worry about becoming addicted to because I wouldn’t ever see the guy again. I could still feel the shiver of delight rippling off him as I traced my nails down his arm in the bar: light, like fizzy champagne, but with a sweeter finish. Or maybe I was just drinking shitty cheap champagne too often. Note to self: buy better champagne.

I expected her to demand more information, to ask me what I meant by “I’m a vampire”, but instead I felt her emotional current pull back from me as she settled into her seat, reaching for her noise-canceling headphones. Again, I caught a faint whiff of dog fur and snow, if snow has a smell. My power mostly worked with the ‘taste’ centers of my brain to explain what I was sensing, but Eileen always had a faint hint of a smell to her above and beyond the taste of her emotions. The only other person I’d gotten that from was Dr Williams, so I was sure it had to do with magic somehow, but what it meant I honestly had no idea. He always smelled like summer: sunshine and damp leaves and peace. She smelled like a wild thing, an animal of some kind, but my brain couldn’t figure out what animal it was; seemed like it was usually a canine, but I’d gotten hints of scales, or cats, as well. It was like the archetype of an animal, really: something timeless and eternal, like the summer smell, but more alive.

Eileen was gone now. Despite sitting in front of me, she’d pulled away, rescinding into her own little world with her music and whatever was going on behind those big brown eyes. Well, good. Fine by me. I’d never needed anyone else anyway, why would I need her to keep me company on the twenty-some hour bus ride back to uni?

I didn’t want to think about university, but it was probably about time. As much as I wanted to bask, the trip was over. It was time to get serious if I was going to finish this course. All that was left was a dissertation over the summer, then I’d be (hopefully) free to get a job… Somewhere. Doing something. I really didn’t have a plan yet, which is yet another reason I didn’t want to think about uni.

I settled back into my chair, letting my mind drift. Someone near me had to be tired — and there it was, the syrupy, molasses flavor of exhaustion. Finding the first person, I found another, and another, and soon I was sucked under by the current of exhaustion. All of us, together, breathing the same air, seeking the same goal: the sweet release of slumber, solitary but in silent communion.